Something technologically spectacular is going to happen with The Simpsons this year. At the end of an episode in May the creators are going to have a live, interactive, animated segment where Homer will comment on the daily events and answer fan questions.

The segment won't last that long, only three minutes, but it'll make use of some novel motion-capture technology, impressive compute power and the magic of improvisation by the voice of Homer, Dan Castellaneta. The events that'll be discussed in those three minutes will be from that particular day, but the questions will be chosen from a list of tweets received between May 1st and May 4th.

The undisclosed motion-capture device will be used to track Castellenata's facial expressions and generate a simulacrum in the guise of Homer in real-time. "As far as I know, this is the first time that's been done by any animated show," Al Jean, the show runner told The Holywood Reporter. And indeed it is. 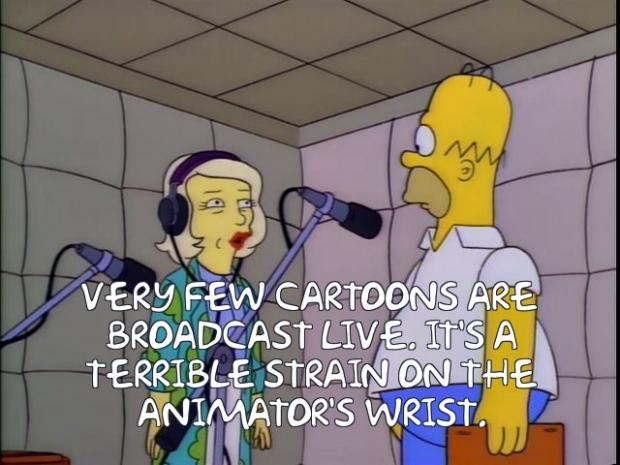