Intel's unreleased Broadwell-EP powered Xeon processor has hit eBay, with the Xeon E5-2600 v4 processor being an 18-core part (36 threads thanks to Hyper-Threading) and priced at a pretty damn decent $999. 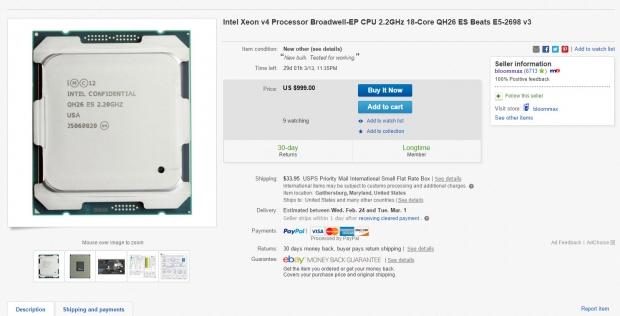 The new Intel Xeon E5-2600 v4 works on existing X99-based motherboards, with a base clock of 2.2GHz, and Turbo frequency of 3GHz. The new Xeon CPU is based on Intel's 14nm process, with a big note that this particular CPU is an engineering sample with the 'A0' stepping which means it's an early sample.