I'm a huge fan of UltraWide monitors, where I sit in front of an LG UltraWide 21:9 monitor every day of the week. Well, the Consumer Electronics Show kicks off in Las Vegas next month, with LG flexing its display muscles ahead of the show. 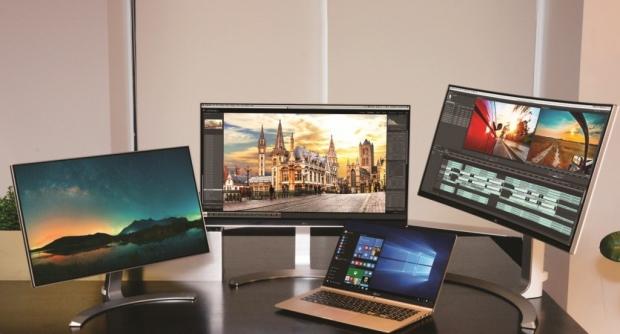 LG has announced three new 21:9 UltraWide monitors, all rocking the 3440x1440 resolution and boasting Thunderbolt 2 connectivity. The new LG UC98 and UC88 models will feature curved panels, while the UC88 will be a flat, 21:9 UltraWide display. LG also took the time to unveil two new 4K displays, with the UD88 and UD68 series, both sporting USB Type-C connectivity. Also, LG will be rolling out Gram at CES, its 15.6-inch laptop that runs Windows 10 on a Skylake-based Intel processor. LG's Gram weighs just over 2 pounds, and compared to Apple's MacBook Air which weighs just under 2 pounds, LG has something to really show off.