Studio Wildcard has begun talking more and more about the Xbox One version of its CryEngine-powered ARK: Survival Evolved, which will be released into the Game Preview mode (the Early Access equivalent on the Xbox) next week. 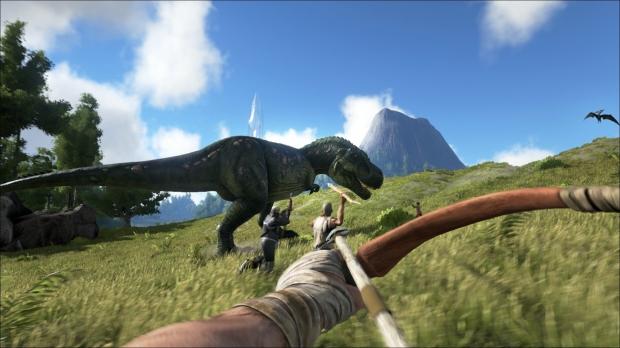 Jesse Rapczak, co-founder of Studio Wildcard, has said that the studio is currently hitting 30-45FPS on the Xbox One. This isn't too bad, considering that even the enthusiast GPUs on the PC struggle with the game on high detail. Rapczak took to Twitter, where he said "depends on lots of things but usually between 30-45 FPS at launch" when pressed about the performance on the Xbox One.

ARK: Survival Evolved will also have official dedicated servers on the PC, with Rapczak saying that "you can host a dedicated server on another" Xbox One, which is a pretty damn good way of getting some love on Microsoft's console. He was asked if you have to pay for these servers, with Rapczak replying, saying that you require "2 copies of the game and 2 XBL acct for private server". Not too bad still.