As part of its huge holiday push, Microsoft is hosting its own Black Friday sale on Xbox LIVE that promises huge price cuts of up to 70% off across 150 different games.

Microsoft is really breaking out the big guns for the holiday season, and is actively trying to sway users over to Team Lime-Green's court. The Redmond tech giant knows that a ton of people are going to snag the $299 Xbox One bundles on Black Friday, so its slashing prices on more than 150 digital games so users can fill out their library.

From November 20-23, Xbox LIVE Gold subscribers will get early access to the Black Friday sale with savings up to 40-60% off select games. Major Nelson was quick to note that Gold members will also get an extra 10% off, so you might want to re-up your subscription to take part. If you've let your subscription lapse, Microsoft will let you get a full month of Gold for just $1 if you re-up from your Xbox 360, but we're not sure if this price counts towards renewed or brand new subs.

Microsoft hopes to pull more people towards its side as Xbox One continues to evolve with new features like backward compatibility with Xbox 360 games, Windows 10 and Direct X 12 integration, and the New Xbox One Experience UI overhaul. 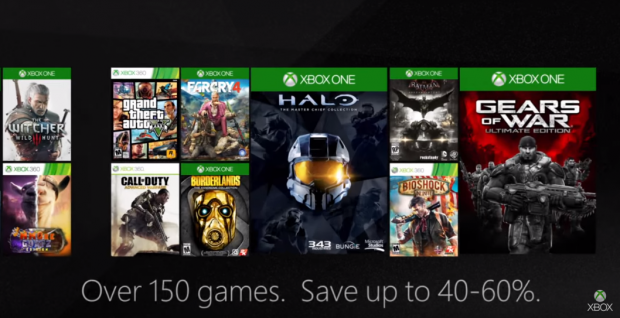