If we rewind the clock all the way back to February 2014, we'll remember that Bethesda promised that anyone who pre-ordered Wolfenstein: The New Order at the time would receive alpha access to the new Doom game.

Well, now that we're closer to the release of Doom, it's happening. Bethesda used Doom as a way of boosting the sales and marketing prowess of Wolfenstein (which didn't do too badly by the way), and now they're making good on that promise. Anyone who pre-ordered Wolfenstein back in 2014 should've received a code at the time for the Doom alpha. If you have that, you can now redeem that promise on the Doom website.

The Doom multiplayer alpha will include 6v6 team deathmatch that will take place on one map in the game. There will be one demon, where "the first player to the Demon Rune will transform you into the powerful Revenant. Use your jetpack and dual rocket launchers to hunt down the other team for a limited time to either secure your team's lead or mount a comeback", according to the official Doom website. Six weapons and two equipment items will be in the closed alpha, where they can be used in both standard and customizable load outs. Equipment wise, we have a personal teleporter and frag grenade. These weapons include: 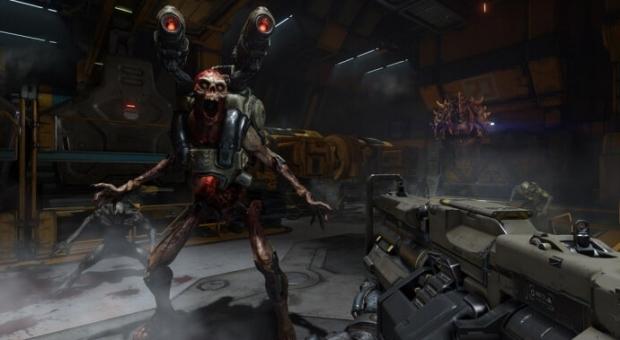