It looks like AMD is preparing to launch a new 8-core server SoC codenamed "Hierofalcon", based on a 64-bit ARM design using eight A57 cores clocked at 2GHz each. AMD's new Hierofalcon SoC has a TDP of 30W, so we should expect some decent performance from the new chip. 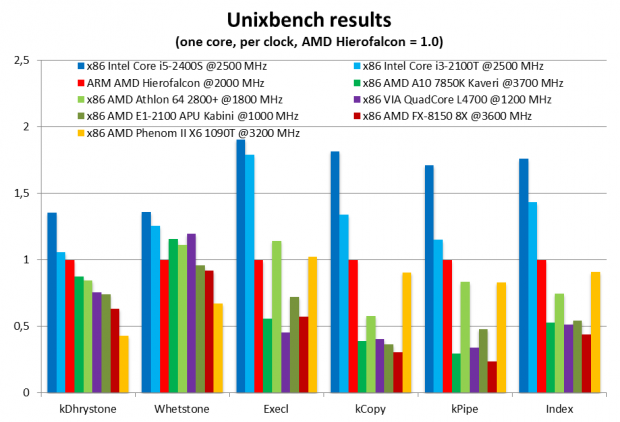 An engineering sample of the new 8-core "Hierofalcon" processor has been spotted, where it has been put up against a bunch of desktop processors from both Intel and AMD. We have those results above. These results are looking at the performance on a single core, at a normalized clock speed. The new Hierofalcon processor does quite well, taking swings at some of AMD's desktop chips. 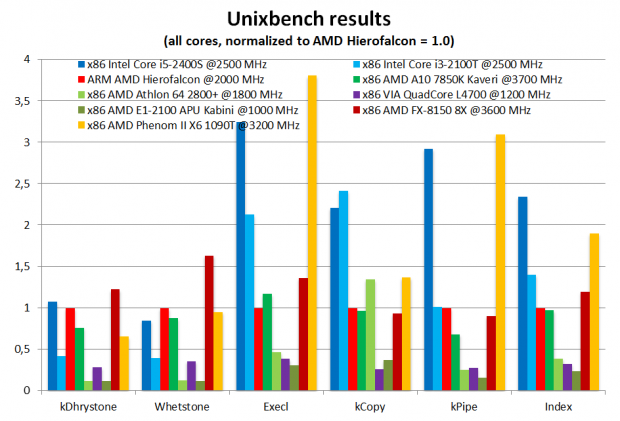 When it comes to "Whetstone" performance, the desktop processors kick some serious ass, but that's to be expected. The same thing goes for the Execl benchmark and the kCopy and kPipe results. 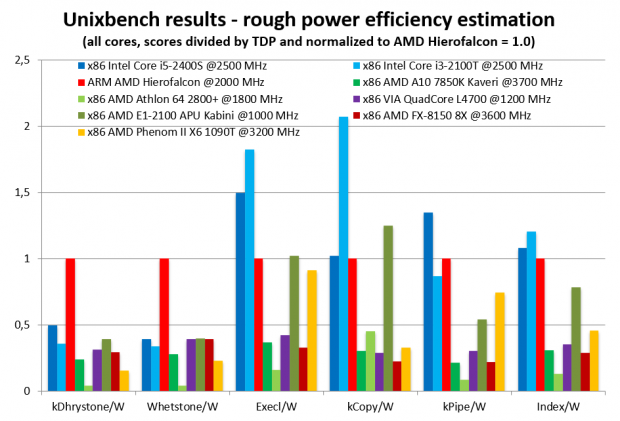 The power efficiency estimation results are interesting, as the new 8-core Hierofalcon processor from AMD comes in quite well. But we have to remember, this is an early chip and performance/power efficiency is only going to get better as we get closer to the final chip.