To compliment its new Nexus 5X and Nexus 6P smartphone duo, Google unveiled a new and improved Chromecast that tops the previous streaming stick while maintaining the $35 price tag. 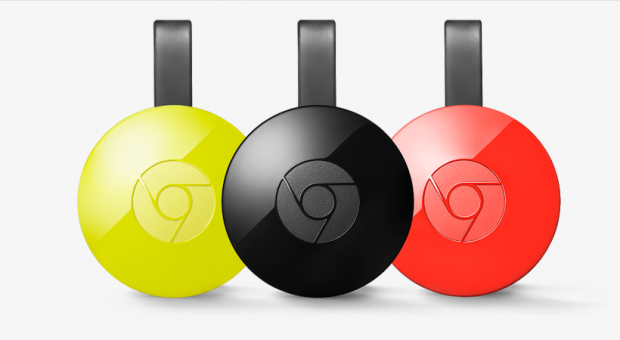 Notable enhancements packed into the new disc-shaped Chromecast 2.0 include dramatically upgraded Wi-Fi functionality, with support for 802.11ac 5Ghz connections. What's more is that the new Chromecast has three built-in antennas that automatically find and attune to the best connection, pretty much ending the days of clumsy, slow Netflix streams. It's still locked at 1080p and won't support 4K video streaming.

To accompany the new streaming disc, Google has rolled out a completely overhauled Chromecast App that's fully optimized with a number of different intuitive features. Fast Play is a kind of digital soothsayer that can predict what you want to watch and actually caches and pre-loads an app, meaning it can pre-buffer a Hulu stream before you hit play. Google also touts that "thousands of apps" can now be casted with the device including Sling TV and Netflix.

Google has redesigned the Chromecasts shell into disc with a built-in tape HDMI cord in order to break the spell of interference, freeing up space for other devices. This is a much welcomed addition considering how awkward the former Chromecast could be in terms of hogging up space. The disc still requires a separate USB power supply cord to function, so you'll still have that familiar two-cord setup...but this time around things will be much more flexible.

The new Chromecast is on sale starting today in 17 countries for an affordable $35. A Chromecast Audio version that lets you wirelessly stream music to your sound system is also available. 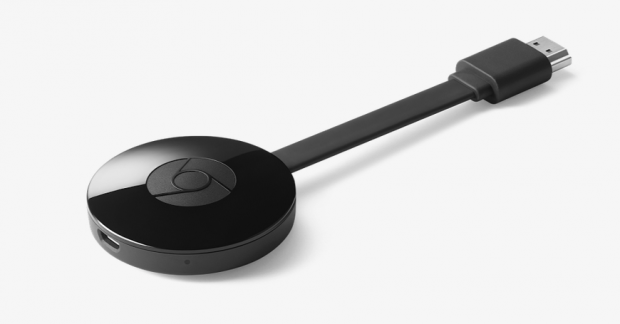 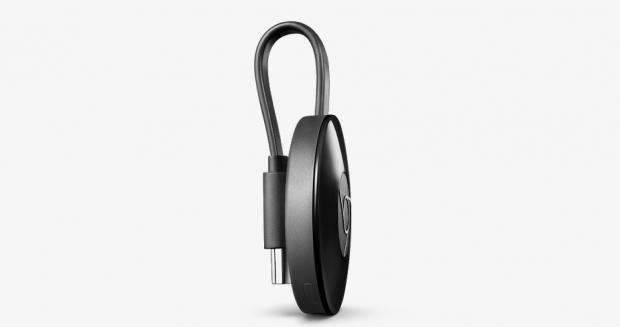