Yes, you read that right. RETRO VGS is a retro console vying for your Kickstarter backing and it's asking for a hefty $1,950,000 from users in total, made up mostly of $299 - $499 donation packages which earn you different levels of console goodness.

The main selling point of this console seems to be the cartridges themselves. Pandering to a retro and collectible audience, the Kickstarter bio talks about how cartridges are great for buying and trading, centering also around the constantly-felt issue of release-day patches and other issues felt by many gamers who are playing on newer consoles or computers. Striving to do away with patches all together, RETRO VGS tells games that all compatible titles "are tested thoroughly before release, just like they used to be."

While also promising to never release a DLC, it just doesn't seem quite right that a never-before-seen retro console is going to be able to drum up almost $2 million in funding over a 45 day period. In saying this, almost $66,000 has already been raised in five days, so maybe this will gain some more traction in coming weeks. However, at a rate of $66,000 every five days, a successful outcome is looking bleak. 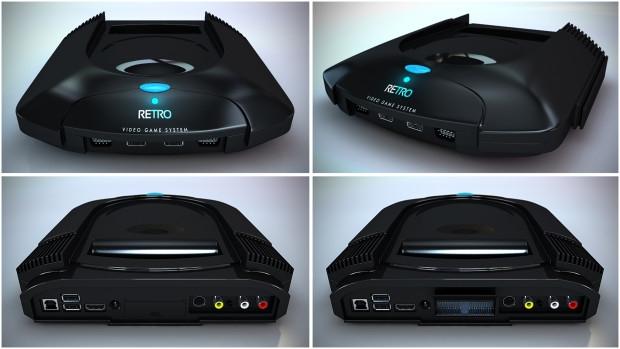