Why haven't aliens contacted us? Encryption. That's at least the reason NSA whistleblower Edward Snowden has given, which is his explanation to the Fermi paradox. 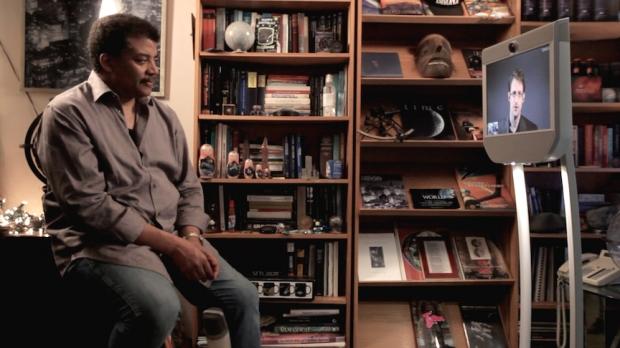 Snowden had a chat with Neil deGrasse Tyson on his StarTalk podcast (where we're hoping Snowden used encryption, pun intended), where he said that our need for highly encrypted information could be the reason aliens haven't contacted Earth. He said that their communications could be so encrypted that they would be nearly impossible to distinguish from the surrounding noise.

Snowden said: "When you look at encrypted communications, if they are properly encrypted, there is no real way to tell that they are encrypted. You can't distinguish a properly encrypted communication, at least in the theoretical sense, from random noise. So if you have an alien civilization trying to listen for other civilizations, or our civilization trying to listen for aliens, there's only one small period in the development of their society where all of their communications will be sent via the most primitive and most unprotected means"

"When we think about everything we're hearing from our satellites, or everything they're hearing from our civilization, if there are indeed aliens out there, all of their communications are encrypted by default. So what we're hearing - which is actually an alien television show or a phone call or a message between their planet and their own GPS constellation, whatever it happens to be - is indistinguishable to us from cosmic microwave background radiation," he added.