With the release of Halo 5: Guardians getting closer and closer, we're receiving more details on what will make the game tick. 343 Industries, the developer behind the game, has let out some information on the visual side of the game. 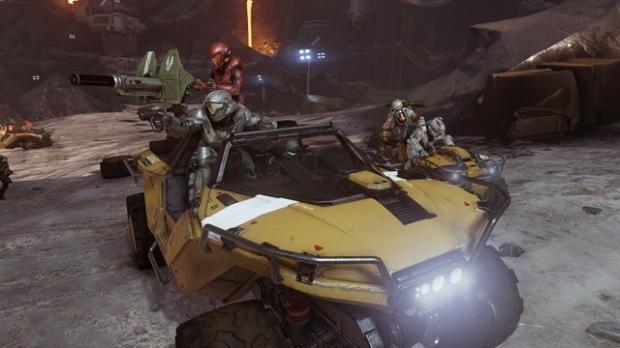 A post on the Xbox Wire blog from Josh Holmes says "framerate is king" for the team. Dinges added that "Gameplay is defined by the way that players experience the game from controller to screen. We want the connection between you and the game to feel seamless and instantaneous. From the beginning, we set ourselves the goal of delivering consistent 60fps gameplay across all modes of play. Delivering on this goal meant re-engineering the gameplay systems at the core of our engine. It required sustained commitment from the entire team as we continually optimized the experience, and the difference it makes to the play experience is immediate and obvious".

He continued: "60fps gameplay is supported by a new progressive resolution system that allows us to dynamically scale the resolution at which we render the game (up to 1080p) based on the needs of the scene. This enables us to deploy resources where they have most impact across a diverse series of experiences throughout the game while delivering the most visually stunning Halo game ever".