With the release of Deus Ex: Mankind Divided set for February 2016, gamers need to get into the world of Deus Ex, and what better way than by getting every Deus Ex game released for just $6.59 from Steam? 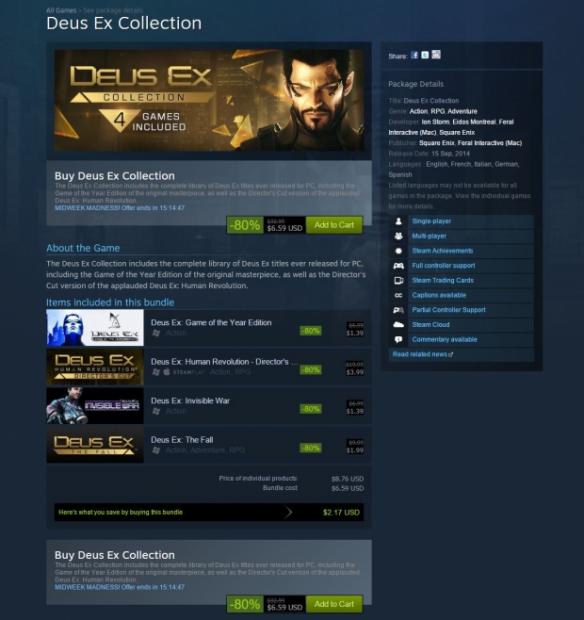 The $6.59 bundle includes Deus Ex: Game of the Year Edition, Deus Ex: Invisible War, Deus Ex: Human Revolution (Director's Cut) and Deus Ex: The Fall. This is a steal, considering it would cost close to, or just over $200 if you paid nearly full price for all of the Deus Ex games when they were released.

The sale lasts for another 14 hours or so, so you will want to jump in quick.