Intel wants to have a go at Hollywood, partnering with the United Artists Media Group and Turner to create the "America's Greatest Makers" TV show. Ideally, Intel wants to help inventors use Curie to develop "the next big wearable or smart-connected device." 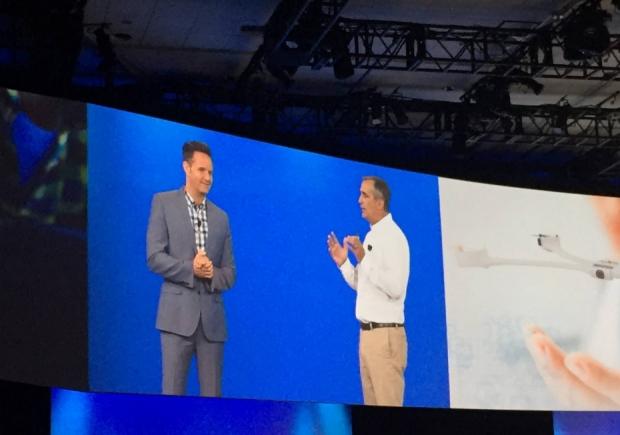 Intel CEO Brian Krzanich was joined onstage during the Intel Developer Forum (IDF) by UAMG CEO Mark Burnett, as they announced the show. America's Greatest Makers will debut during Q1 or Q2 2016, and will feature technology inventors fighting it out for a $1 million cash prize.

To help promote the show, expect to see trailers and teasers across Turner networks, such as TNT, CNN, HLN, TruTV, Adult Swim, and Bleacher Report.

"This first-of-its-kind partnership starts with a compelling content idea, then uses Turner's capabilities to distribute that storytelling at scale, across all of our premium properties and platforms," said Dan Riess, exec VP of integrated marketing for Turner Broadcasting Ad Sales, in a statement published by Variety. "As we embark on this new partnership with Intel and Mark Burnett, we have the opportunity to encourage innovative spirit, empower and inspire viewers to share content, reach the right audiences and, in the end, drive business results that matter."