SUPERHOT is one of the most unique first-person shooters that I've seen, where time in the game only goes forward when you, the player, moves. If you stop, time slows down to a near stand still, similar to 'bullet time' from The Matrix movies, or the Max Payne franchise.

The developers behind the game have released the first gameplay video from the recently released beta of SUPERHOT, which we've embedded above. It shows off the gun play, as well as the melee combat where you can throw whatever is in your hand, including your gun, at your enemies. The slow-motion gunplay looks incredibly fun, but the one instance where SUPERHOT is going to take off is in VR.

We played SUPERHOT on the Oculus Rift back at PAX AU 2014, where it was quite the experience. The developers promise that SUPERHOT is on track for a release later this year where you can purchase it directly from the SUPERHOT website for $14, or $25 if you want the digital artbook in PDF, and the game's official soundtrack in FLAC quality. 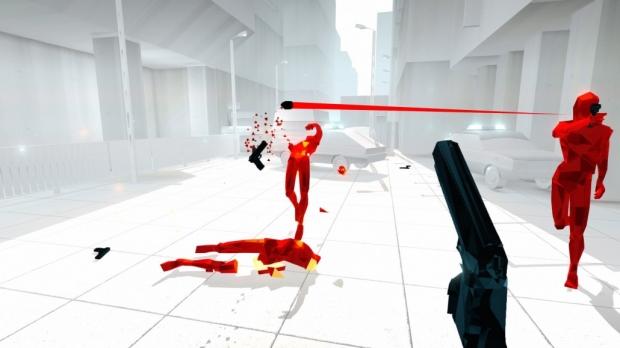