Said to be designed for 6th Generation Intel Core processors in a recently issued press release, G.Skill's new Trident Z and Ripjaws V series of DDR4 memory modules are made with speed as the major goal. 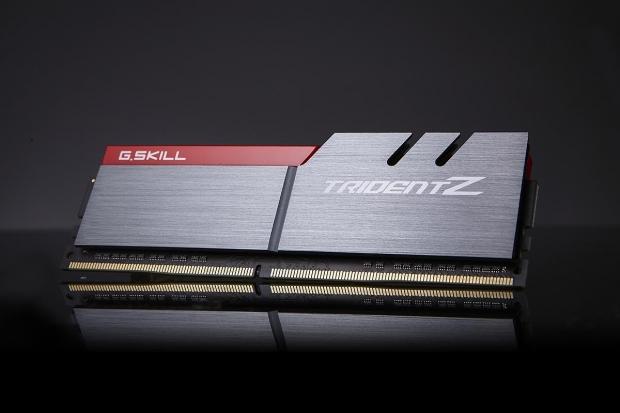 Quoted as "the first retail memory kit to break through the 4000MHz barrier," the Trident Z Extreme DDR4 modules broke the 4000 MHz milestone through the help of an ASRock Z170 OC formula motherboard. Built with Samsung IC memory chips, this RAM can be set up to operate at speeds ranging from 2800 - 4000MHz.

As for the Ripjaws V, this series will feature five different color schemes and the 4GB, 8GB and 16GB modules will operate from 2133MHz to 3733MHz depending on your needs. Also featuring Samsung IC memory chips, G.Skill says that these modules have been extensively tested for hours on end to ensure safe overclocking practices for all consumers. 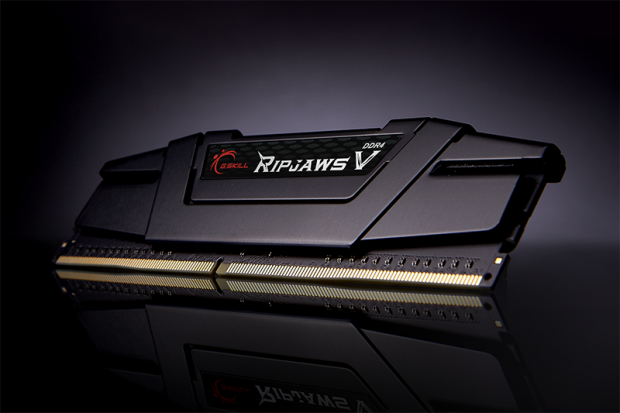 For more information on these new modules, check out the chart below. 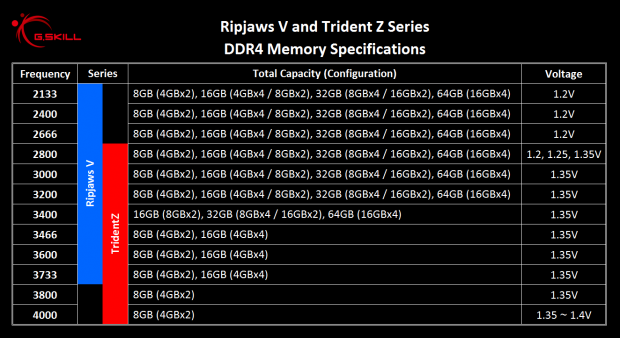