Designed with gaming in mind, ADATA has announced its XPG Series SX930 SATA 6Gb/s SSDs to the market. These models come complete with a DDR3 DRAM cache buffer which claims to improve "the random read/write performance up to 2 times when compared to SSDs without a DRAM cache" as seen in a recently issued press release. 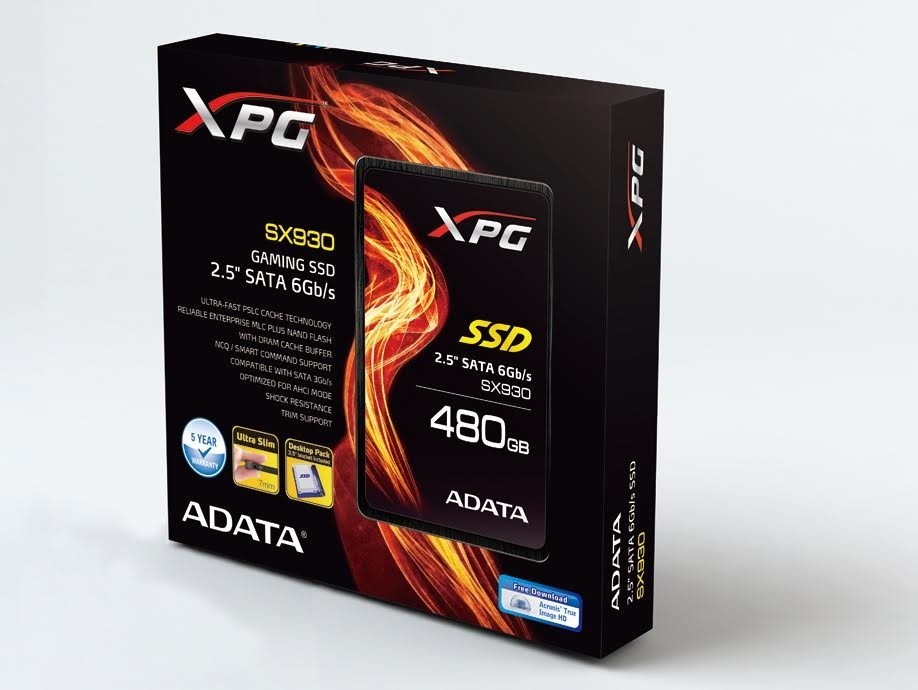 Why gaming? Because load times. Boasting a sequential read speed of 560 MB/s and write speed of 460MB/s, these drives offer you fast loading times into maps and levels alongside providing the basic features of NCQ, S.M.A.R.T and Windows TRIM.

Bundled with a 5-year warranty and based on NAND flash technology, there has been no pricing structure announced just yet.