HBO's decision to launch a standalone streaming service to desktop and mobile users seems like it was a brilliant move, as HBO Now was the top grossing app for Apple iOS in May, the App Annie research firm found. 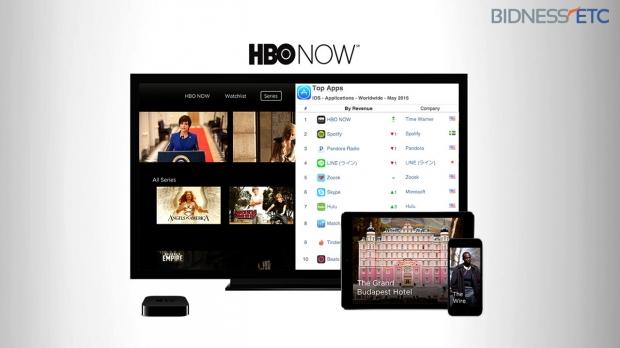 App Annie hasn't finalized June app figures yet, but expect HBO Now to remain near the top once again.

HBO Now, which is $14.99 per month, was able to top Spotify, Hulu, and other subscription-based streaming services. Using your iPhone, iPad, or other Apple device is the easiest way to watch premium content not attached to a cable or subscription plan.

HBO Now is one of the latest offerings that cable and satellite subscribers can think about if they want to cut the cord. Anyone interested in trying it out can sign up and receive a one-month free trial period.