It looks like Uber is very successful in China right now, with the ride sharing giant saying it is logging over 1 million daily rides in China. Keep in mind, that's more than the company was logging in every single market it is in across the world, as of December 2014. 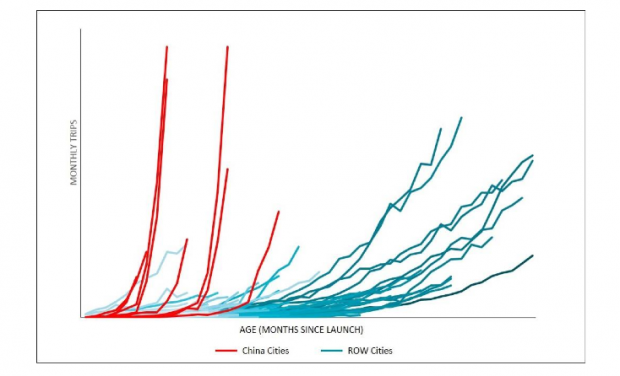 Uber CEO Travis Kalanick has said that the company wants to raise $1 billion in orders to boost its dominance in China, with the company claiming that trip volume is climbing in Chinese cities faster than it is in New York City. But by how much? Well, Chengdu is logging 479 times the trips that NYC was logging at the 9-month mark, with Hangzhou logging 422 times as many trips. You'd think that these cities had more people living in them when compared to NYC, but that's not the case - Chengdu is home to 4.3 million, while Hangzhou is home to 2.5 million.

The growth that Uber is experiencing in China seems unstoppable at this point in time, with the company creating 100,000 "new full time equivalent jobs per month" according to Kalanick. With Uber only operating in 11 cities across China, most of this growth can be attributed to the heavily promoted service 'The People's Uber', which sees Uber not taking commission from completed rides.