It feels like I'm reporting on the next-gen AMD hardware everyday now, which we pretty much are, but the latest we have on the Radeon Fury X is in the form of some new photos. We have previously reported that Fury X is around 50% faster than the R9 290X, and it beats the Titan X in a single OpenCL benchmark. 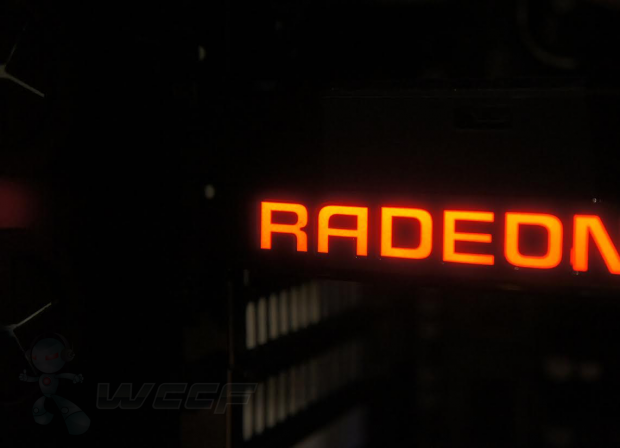 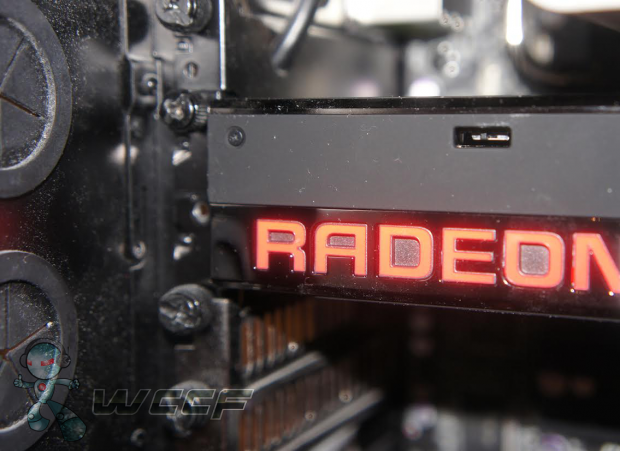 The new shots show off the liquid cooling on Fury X, the backplate, and the red LED Radeon logo on the card. In the above shots, we can see the Radeon logo lit up beautifully, and in the second shot, we can see it in more detail. Above the glowing Radeon logo is a dual BIOS switch, so you can overclock until your card fails, and then switch over to the good BIOS. 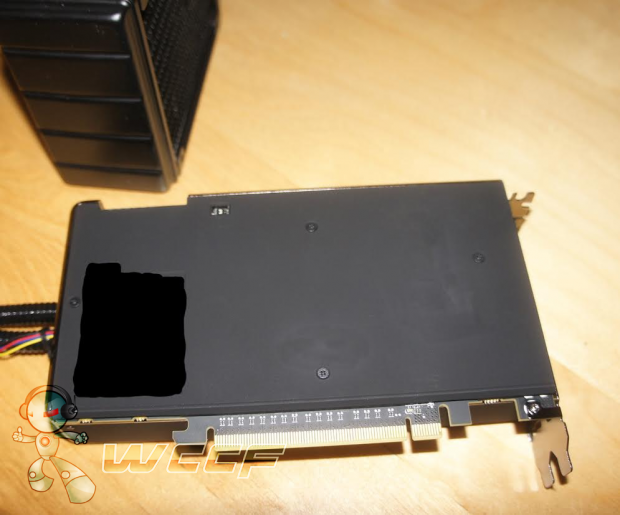 AMD will reportedly have a 300W TDP on the Radeon Fury X, with the card powered by two 8-pin PCIe power connectors. All of this will arrive in a much smaller card than we've ever received for a flagship GPU. Around the back of the Fury X, we have some tubing coming out of it for its watercooling, as well as a matte black PCB and backplate.