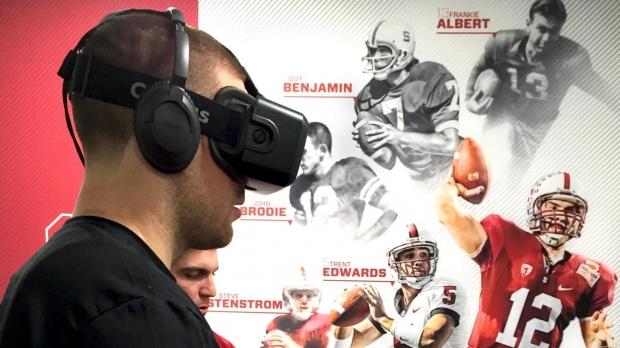 "It was one of the few times in your coaching career when you're watching something and you think, 'This is a game-changer,'" said Bret Bielema, coach of the Arkansas Razorbacks college football team, in a statement to the media. This is gonna change the way we teach young men."

Technology is fully embraced by collegiate and professional sports, with game film and plays distributed via HDTVs, smartphones and tablets - with VR expected to add a new element. It's especially helpful in sports because coaches can have players make natural movements like they were in an actual game or scrimmage, while all the data is immediately captured.