Avalanche Studios has released gameplay footage of Just Cause 3 being played on the Sony PlayStation 4! The open world game trailer features protagonist Rico Rodriguez throwing a pilot out of a fighter jet, buildings exploding, high-speed car chases, and general mayhem. The game studio wanted to make sure gamers have plenty of missions to complete and a widespread environment that can be explored during the game.

"[We're] designing a game that constantly encourages exploration and challenges players... not to break the game, but explore the game." said Christofer Sundberg, founder and creative director of Avalanche Studios, in a statement to The Verge. "I like to see our players as anarchists. You can't really tell them what to do. If you tell them to go right, they will absolutely go left. Or up and down, in this case. So, design a game that really encourages experimenting and exploring and not trying to set up rules for the player."

Just Cause 3 will launch in time for Christmas on the Xbox One, PS4 and PC. 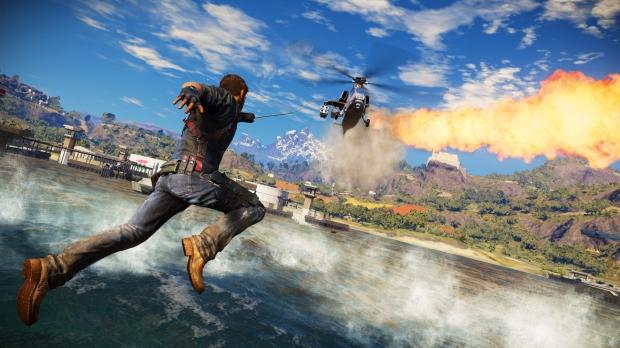