GTC 2015 - Walking around at NVIDIA GTC 2015 you could not help but notice the 16x GPU Compute Accelerator from One Stop Systems. These external GPU accelerators are used in applications like seismic modeling, trading algorithms and research. 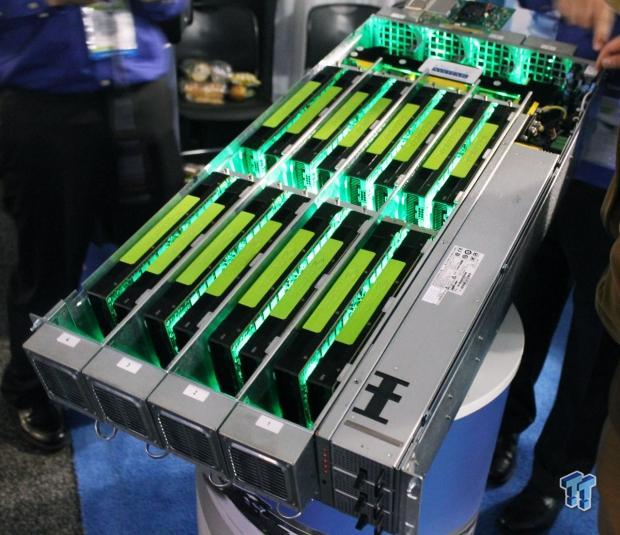 The showstopper is One Stop Systems High Density Compute Accelerator (HDCA), which can accommodate up to 16 NVIDIA Tesla K80s. This beast of a machine includes dual redundant 6,000watt PSUss to power all those GPUss. The interface for these systems is One Stop Systems PCIe expansion card, which is used to connect One Stops Systems to a host machine to expand its GPU capabilities. 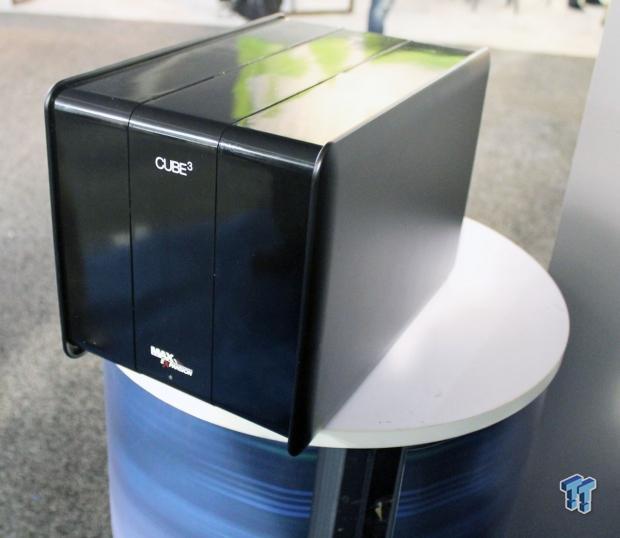 One Stop Systems feature smaller GPU boxes called "The Cube". These boxes expand a systems GPU capability by using OSS's PCIe expansion card and come in many different sized boxes from the pCUBE with 1x GPU all the way up to The CUBE3 supporting 8x GPUs.