Thanks to our friends at Universal Sony Pictures Entertainment Australia, we have copies of this weeks Blu-ray release of 'Fury' up for grabs for 10 lucky readers! 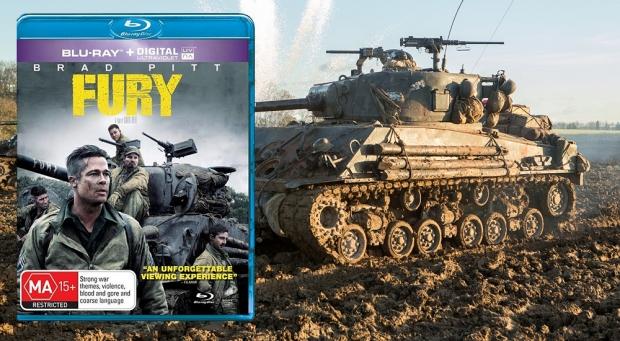 War never ends quietly. April, 1945. As the Allies make their final push in the European Theatre, a battle-hardened army sergeant named Wardaddy (Brad Pitt) commands a Sherman tank and her five-man crew on a deadly mission behind enemy lines. Outnumbered and outgunned, Wardaddy and his men face overwhelming odds in their heroic attempts to strike at the heart of Nazi Germany.

To go into the running to take home a copy of the Blu-ray, simply answer the following question:

What was the top speed of the M4 Sherman tank?