If you're looking to add a little safety to your rig and already have a surge-protection power-board installed, Taiwanese motherboard manufacturer BIOSTAR are now offering built-in LAN surge protection for their whole product range. 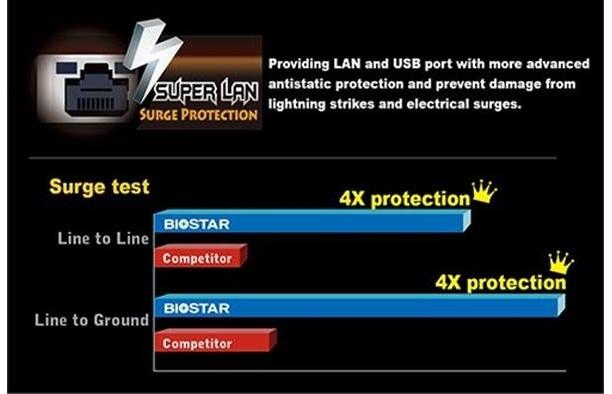 They've added an integrated chip to strengthen the electrical stability of their newest motherboards, said to prevent any damage from lighting strikes and electrical surges. BIOSTAR is the first manufacturer of its kind to offer such a service, with this features official name being "SUPER LAN Surge Protection" as laid out in their recently issued press release.

All motherboard models released by BIOSTAR in 2015 and onwards will have this protection by default, set to reduce the risk of electrical surges blowing up your PC or components through random surges.

Their new range is listed on their official website, will this be enough to convince you to move away from other manufacturers? Or does surge protection not interest you as much as some other features?