Samsung's Gear VR headset is now available for purchase in the US, for $199. The Gear VR had Samsung and Oculus VR, the makers of the Oculus Rift, collaborating together. One thing that the Gear VR does differently, is that it requires Samsung's flagship Galaxy Note 4 smartphone in order to work. 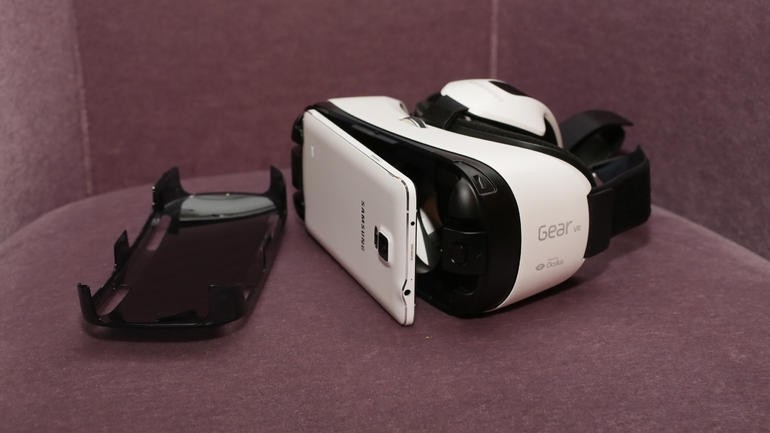 Coined as the "Innovator Edition", Samsung are confidently displaying this fact on their purchase page with reports claiming as the customer you must agree you understand that this is a "device targeted specifically to developers or early adopters of technology." It's not too big of a deal in the grand scheme of things, just a precaution put in place by Samsung to cover their back should anything go wrong.

Last seen at IFA 2014, news outlets reported very positively of this new device besides the fact that it needs a Note 4 for operation. It's a little disappointing that you need to tie this up with another Samsung product for use, especially when compared with the Oculus or 3D HEAD that are both said to be operable without any added features.

What are your initial thoughts on Samsung's new VR technology? Does the need for a Note 4 add-on ruin any chances of you testing this product out, or are you happy to make the switch just to be able to use this highly-regarded VR device?