The 'Glacier 2' engine that powered Hitman: Absolution has been modified, with a new version being rolled out dubbed Dawn Engine. Dawn Engine will be powering the upcoming Deus Ex title, which still doesn't have a name. 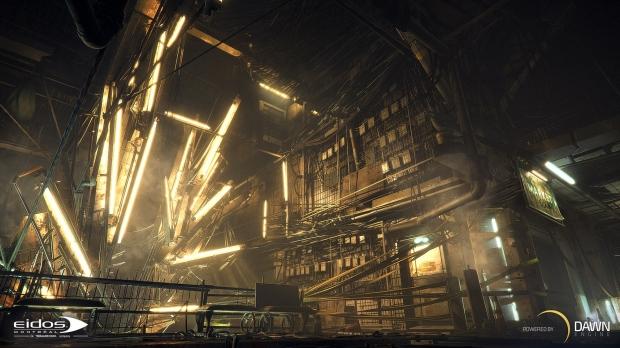 The demo screenshot looks like it will be an incredibly perfect fit for the Deus Ex world, but I think we're seeing an incredible amount of detail that will be watered down before it makes it into the game. Eidos Montreal has teased: "We wanted to share a first glimpse of what we aim to achieve, with a screenshot taken directly from the Dawn Engine. Keep in mind - despite any hints you may pick up from this image, this screenshot was only taken in order to display the level of detail and artistic fidelity that is possible with the Dawn Engine".

After looking at the 2.3MB image in full quality, it looks absolutely incredible; a truly next-gen Deus Ex game could be upon us. But, as I said above, I think we'll see it watered down considerably, to be run on the consoles. We've seen virtually every other game debut this year running at much less than 1080p, closer to 720p, with nowhere near the level of intricate detail we see in the screenshot for the Dawn Engine. It's a shame.