Just as I'm writing an article on Acer's new NVIDIA G-SYNC powered 28-inch 4K monitor, I read about Sharp's new 8K TV that is preparing to enter the market in 2018. This is when Japan Broadcasting Corporation will begin broadcasting content in 8K. 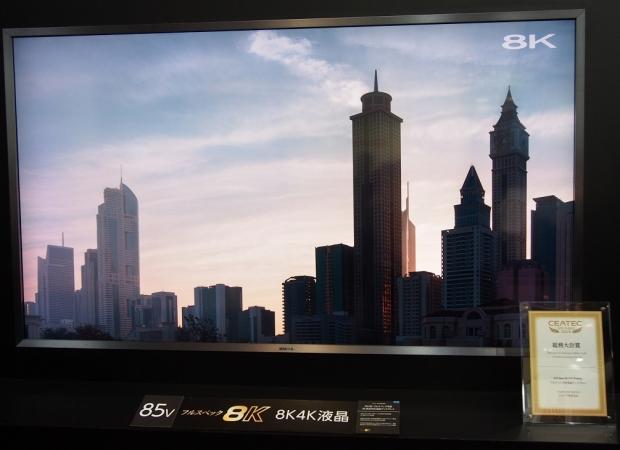 NHK has plans to start testing 8K Super Hi-Vision broadcasting in 2016, with the first translations of the Rio de Janeiro Olympics. NHK will start commercial 8K broadcasting at 7680x4320 with multi-channel audio in 2018. What good is this TV without proper content, apart from TV broadcasts? Well, both Sony and Panasonic are working on a new optical disc technology which will have 300GB of space on it, at least, which is set to be released late next year.