Most will remember Matrox, a company that dealt in mainly professional video cards that were great for multi-monitor setups before the likes of AMD's Eyefinity and NVIDIA's Surround Vision technology hit the market. Well, Matrox is coming back, and is releasing GPUs that are powered with AMD technology. 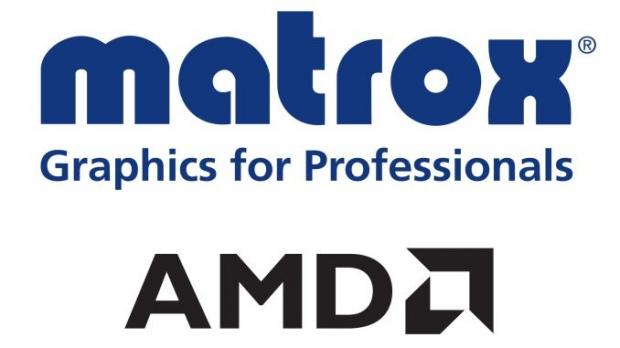 Matrox's next-gen video cards will be powered by Radeon GPUs, with the announcement stating that "key features of the selected AMD GPU include 28nm technology with 1.5 billion transistors; DirectX 11.2, OpenGL 4.4 and OpenCL 1.2 compatibility; shader model 5.0; PCI Express 3.0 and 128-bit memory interface." We should expect Matrox to be using a lower performance GraphicsCore Next (GCN) part, something from the Cape Verde GCN family. We could also see Matrox lean toward AMD's FirePro W600 cards, with Matrox sprinkling its custom-developed software applications such as Matrox PowerDesk on top.

This is an interesting move, as it frees up R&D that Matrox would spend on hardware costs, leveraging AMD's technology and putting more of its time into the software side of things. It helps AMD, as AMD can sell countless GPUs at higher "professional" prices, increasing their share of the professional market with AMD-powered Matrox cards.