Logitech has announced something that it is calling the 'fastest gaming mouse ever made' in its new G402 Hyperion Fury Ultra-Fast FPS gaming mouse. A new gaming moue that has tracking speeds of an insane 500 inches per second.

The company spent three years in research and development, according to Ehtisham Rabbani, who is the General Manager of the Logitech Gaming Business. Logitech's new G402 Hyperion Fury has an on-board 32-bit ARM-based processor, and Delta Zero sensor technology that helps it drive toward this new title. It also sports eight fully programmable buttons with 1ms report rates, and on-the-fly DPI switching between four different settings.

Each and every button supports a single keystroke or complex macros using Logitech's gaming software, with configurations saved to the mouse itself, meaning that you can bring your configurations with you to a new system. Logitech is expected to launch the mouse sometime in August across the US and Europe for $59.99. 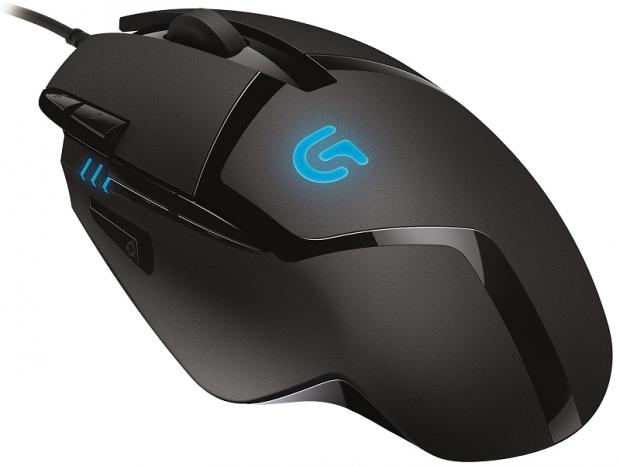