It was only a year ago that the German government considered the Xbox One to be a monitoring device, and this was at the time of NSA whistleblower Edward Snowden coming out about the NSA spying on the entire world. 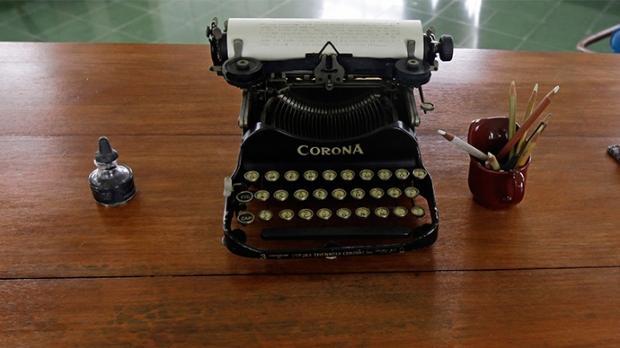 Well, the German government is now considering shifting back to the old-fashioned way of writing documents: using a typewriter. The use of a typewriter would be used to type up confidential documents, so that they don't get typed up on a PC, that has an operating system that can be hacked, which is connected to a network. A typewriter can have someone type up a confidential document, finish it, and file it away - without the prying eyes of the NSA getting to it.

Chair of the German Parliament, Patrick Sensburg, has an enquiry into the alleged spying by the NSA, saying that committee members are considering new security measures and are thinking about ditching e-mail in favor of a serious move back to using typewriters. He told the ARD Morning Show Monday: "As a matter of fact, we already have [a typewriter], and it's even a non-electronic typewriter".

The interviewer was stunned by this idea, asking it it was the case, and not a joke. Sensburg Chancellor Angela Merkel's Christian Democratic Union party said: "Yes, no joke". The committee was formed to investigate the scope of the NSA surveillance, something that Snowden uncovered. Merkel's smartphone was even bugged, which let to tensions between Berlin and Washington, where at the time Merkel said that the "monitoring of friends was unacceptable".