Unlike some people, Khurshid Hussain from India used his nose for breaking a world record. The 23-year-old man was able to type a 103-character sentence in 47 seconds to achieve the Guinness World Record for fastest typing using only his nose. 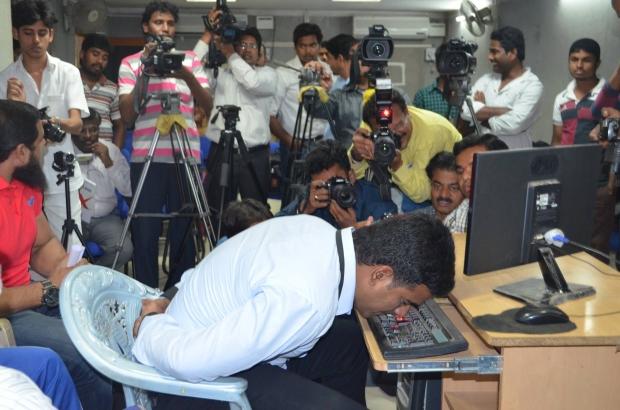 Hussain had to type the sentence 'Guinness World Records has challenged me to type this sentence using my nose in the fastest time'. Hussain was able to break this record which was previously set by a Saudi Arabian in 2008 with a recorded time of one minute and 33 seconds. This isn't Hussain's first world record either. He made one more World Record earlier in February 2012 when he typed the entire English alphabet in 3.43 seconds, using his fingers.

Interestingly, he used a Cherry MX Blue mechanical switches based keyboard called 'TVS-e Gold Bharat' that's sold in India. Hussain's current record is 6.56 seconds quicker than his first attempt. Since the actuation force feedback of the Cherry MX Blue is on the higher side, you can't help but speculate if he can do better than 47 seconds with a mechanical key that has lighter actuation force, like Cherry MX Red switches.