Computex 2014 They say necessity is the mother of all invention, and never was that more apparent than in the release of Tyans new FT68-B7910 server. The low pricing of many new SSDs, and the advent of TLC SSDs that are lowering prices even more dramatically, means we are likely to start witnessing more large scale deployments of flash into the server. Making this flash easily accessible is a challenge, many of the currnet high-density server designs load HDDs and SSD vertically in the rear of the chassis. TYAN has chosen a divergent approach and came up with a more efficient means of easily-accesible storage. 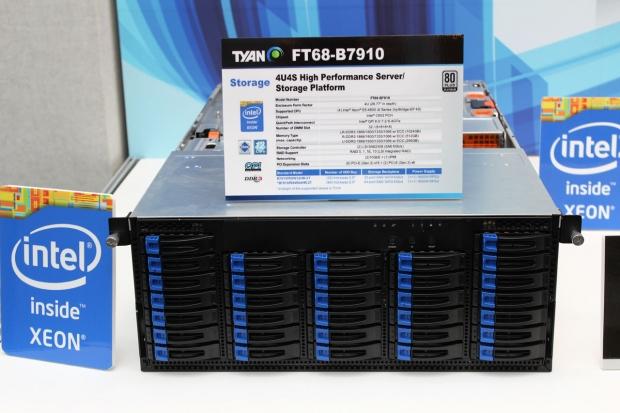 Here we can see an apparently normal 4U chassis with 32 2.5" drive bays. While this is an impressive amount of storage, removing the drive sleds illuminates the real innovation of this design. 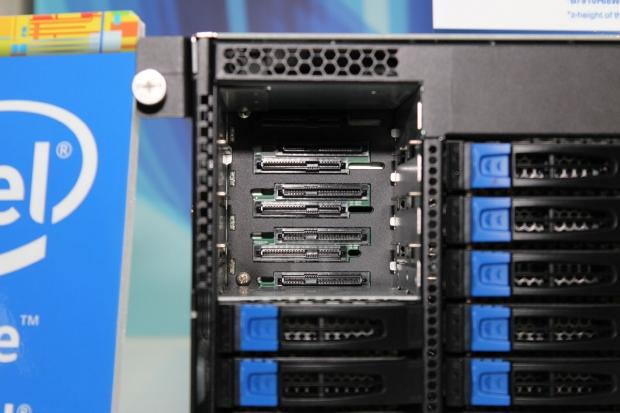 At the rear of the drive channel we observe the SAS connectors offset in a dense alignment. These allow for two 7.5mm SSDs to be installed into each drive sled, effectively doubling he capacity of each 2.5" 15mm slot. Another advantage of this design is the ability to use standard 15mm HDDs as well. This opens the door for having several high-performance spinners and pairing theem with several bays of SSDs used for tiering and caching implementations. The great functionality behind the new Storage Spaces features in Windows Server 2012 could also deliver big advantages for this type of deployment. 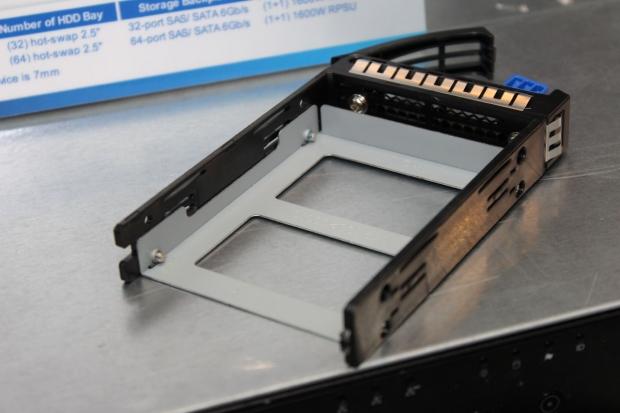 Each individual drive sled appears normal, and a single 15mm drive can be installed easily following standard practices. However, there are additional screw mounts that allow for two slim 7.5mm SSDs to be installed instead of one larger storage device. This design should gain plenty of traction, and we wouldn't be surprised to see many others mimicking this architecture int he future.