It's rather strange to see a calf with a pair of prosthetic limbs, yet that is exactly what we have here. A calf named Hero suffered frostbite to its rear legs and as a result, both of the limbs had to be amputated. Rather than just killing the animal, a team of prosthetic makers in Texas built two new legs for the calf so it could get up and walk again. 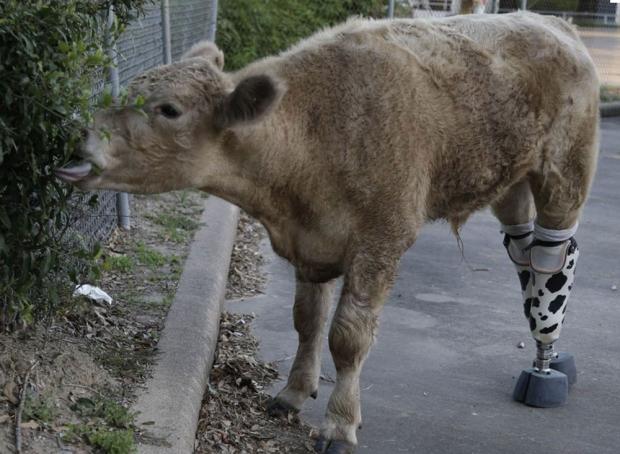 The hooves on the prosthetic limbs are made from urethane and titanium with the connecting components made from titanium and carbon fiber. Hero's caretaker has spent nearly $40,000 to save the calf.