Back in 2011, the Islamic Republic took down one of the United States' Lockheed Martin Sentinel RQ-170 drones, but between that event and now, Iran has been working on making a copy of the US spy drone, something the country just started showing off. 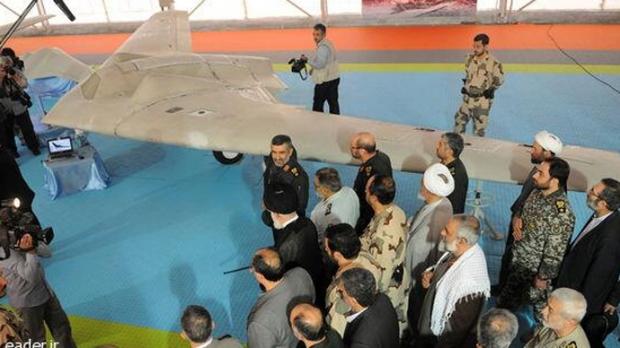 Iran will be doing some test flights soon, according to officials at the IRGC's Aerospace Exhibition. Iran showcased its reverse-engineered drone next to the original US built on, with the exhibition seeing Supreme Leader of the Islamic Revolution, Ayatollah Khamenei, state that the Iranian model sports an advanced system of data collection, video and radar telecommunications.

During a broadcast on Iranian TV, an officer said: "Our engineers succeeded in breaking the drone's secrets and copying them. It will soon take a test flight". When Khamenei looked at the drone, he said: "This drone is very important for reconnaissance missions". The United States used its Sentinel RQ-170 UAV during covert operations in Afghanistan from 2005-2007. It was used as it is one UAV that is hard to detect with long range radar thanks to its special stealth coating - making it visible from a distance of around 40km.

Back in 2011, Iran claimed that it found the UAV flying over Iranian airspace, something that the US military acknowledged. The US filed a formal request for Iran to return the RQ-170, but Iran refused, instead demanding that the US apologize for its intelligence operation over its territory. While the United States hasn't confirmed it, Iran has said that it used its advanced radio electronic warfare skills and vulnerabilities in the RQ-170's GPS receiver, tricking it into landing on Iranian territory.

The reason why this makes sense, is that the RQ-170 drone that Iran captured, does not have any visible damage - something it would, if it crash landed or was taken out of the sky by surface-to-air missiles. Since 2011, Iran has been hunting down other UAVs, spotting two RQ-11s and one ScanEagle that had penetrated Iranian airspace from the Persian Gulf.

Hossein Salami, the Lieutenant Commander General of Iran's Army of the Guardians of the Islamic Revolution said: "All the memories and computer systems of this plane have been decoded and some good news will be announced in the near future not just about the RQ-170 and the optimizations that our forces have done on the reversed engineered model of this drone, but also in area of other important defense achievements".