Blu Products has been making all sorts of smartphones that run Android and are affordable to buy off contract for a while. The latest offering from the company has surfaced and it is called the Blu Life Pure XL. This phone is notable because it has a high-end Snapdragon 800 processor. 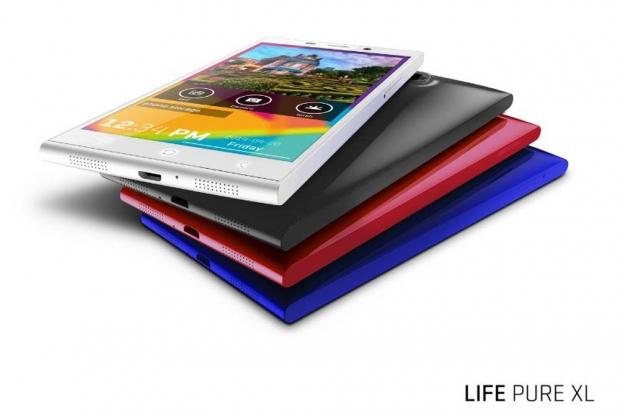 Often Blu's devices have lower performing hardware inside. The phone has a 16MP rear sensor that is 1/2.3-inch for higher quality photos. The front camera on the smartphone is an 8MP auto focus unit. The Snapdragon 800 processor is paired with a quad-core Krait 400 GPU. The OS is Android 4.2.

The smartphone has 3GB of RAM and 32GB of internal storage. A cheaper version of the phone can be had with 2GB of RAM and 16GB of storage. The screen is a 5.5-inch unit with 401ppi and full HD resolution. NFC technology is integrated for easy pairing. The smartphone is available as of today at Amazon for $399 for the 32GB version with 3GB of RAM. On May 9, the 16GB storage and 2GB of RAM version will launch for $349.