EMC Corporation just announced a new addition to the VNXe product line, an entry-level VNXe3200 storage array that starts out under $12,000. Available in Q2 of 2014, the new VNXe3200 is touted to be three times the performance of the previous VNXe models. It is designed to take advantage of new flash technology via the EMC FAST (Fully-Automated Storage Tiering) software which makes it well suited for virtual applications. Each VNXe has a maximum capacity of 200TB and is capable of both NAS and SAN. Several pre-configured bundles are available on the EMC online store and the entry-level bundle appears to be configured for 3.6TB of raw capacity. 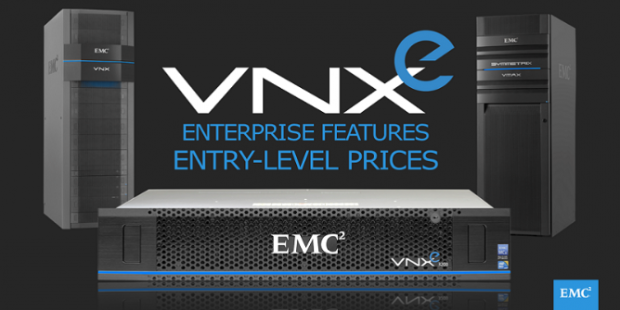 The new VNXe features include:

In addition to the new VNXe product, EMC also announced an upcoming security feature enhancement for the VNXe family, Data-At-Rest-Encryption for VNX (VNX D@RE). Using controller-based encryption, it is designed to help customers eliminate data access from unauthorized drive removal and supports any drive type, speed and capacity. The new encryption feature is expected to be available on the new VNX Series as a non-disruptive software upgrade in the third quarter of 2014.