Intel's Thunderbolt technology is amazing in its current state, but some newly leaked details show just how much more amazing Thunderbolt can get. A new leak has surfaced on a Chinese technology site that shows that Thunderbolt 3 will be two times as fast as the current Thunderbolt 2 standard. 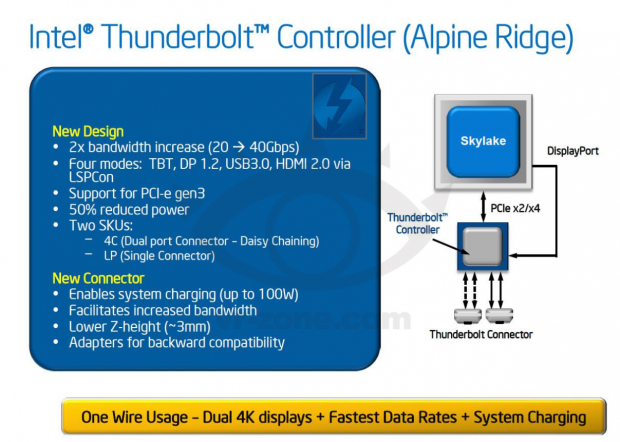 If true, the leak states that Thunderbolt 2 will feature a bandwidth of 40Gb/s thanks to PCIe 3 support. Furthermore a 50-percent reduction in power consumption will be achieved by the new hardware as well. A new connector will be on board that will allow system charging up to 100 watts, and the entire PCB will measure in at just 3mm thick. It is important to note that this information should come as a grain of salt, and count on these numbers being lower in real-world practice.