The Xbox 360 is now the old Microsoft console and it's good to see that Microsoft is still supporting the console rather than trying to push everyone to the Xbox One. Earlier this year Microsoft mentioned that the Xbox 360 would be getting a new GoPro channel where people could enjoy action sports footage and other content recorded using the GoPro cameras. 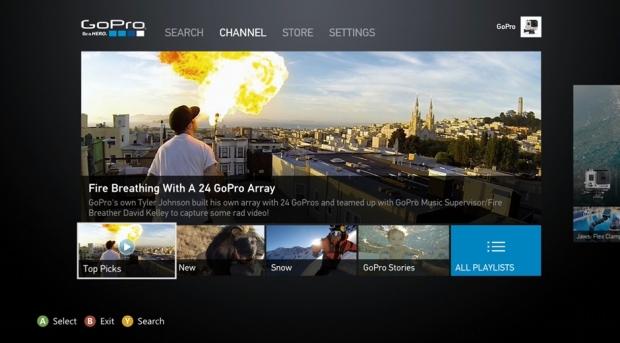 The GoPro channel is now available via the GoPro app on the Xbox 360. Users will be able to stream and curate content on the channel to their TV. To celebrate the launch of the new Xbox 360 channel, GoPro is offering users on the game console exclusive videos.

"The GoPro Channel app will bring the best of GoPro originally-produced and user-generated content into the homes of millions of Xbox Live Gold customers," said Adam Dornbusch, Head of Content Distribution at GoPro. "We're excited to launch with exclusive content for early adopters of the app and stoke out the Xbox 360 community with hours of engaging and inspiring GoPro videos through the Channel."