When Microsoft first unveiled Windows 8, the entire tech world began complaining about the lack of a Start menu in the next-gen operating system. Microsoft's vision was that everyone would switch over to touch-screen based devices and Windows 8 would be the new standard that all other operating systems strive to reach. Unfortunately, as with Windows Vista, Windows 8 was for the most part a flop with anything other than casual PC users. 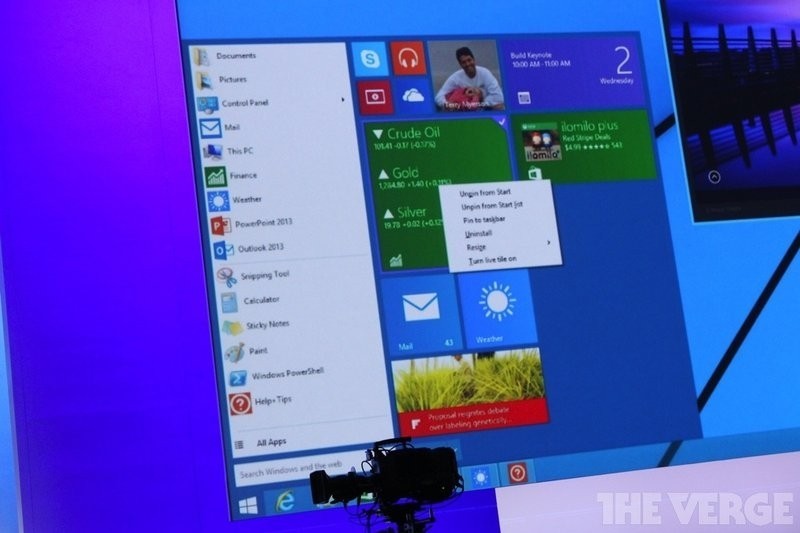 The enterprise and business world failed to adopt Windows 8 or its later 8.1 update, and many attribute that to the lack of a true desktop interface that featured the Start menu that everyone was familiar with. During this weeks Build Conference, Microsoft said that it will be bringing back the Start menu, but it will still feature a live tile interface off to the right. There is a major update to Windows 8.1 scheduled to drop this month, but the Start menu will not come with it. Microsoft says that it will issue an update later this year that will include the reborn Start menu.