If you spend a lot of time on your computer with a lot of tabs or programs open that consume memory, you know you can never have enough RAM. If you use a new round Mac Pro that debuted last year and are in need of a RAM update, a new product has launched you will want to check out. 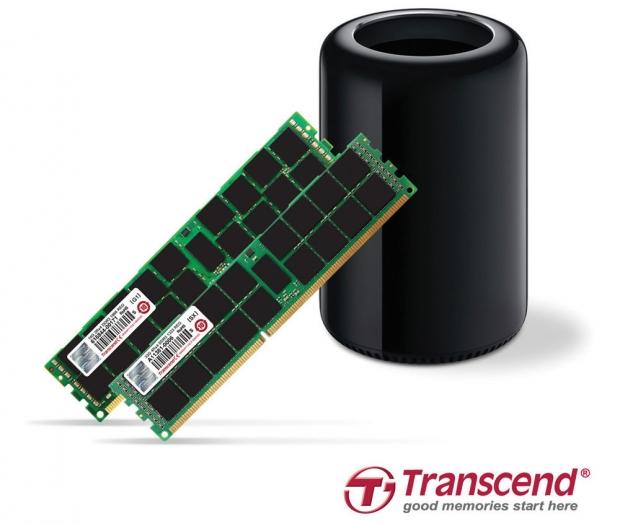 A company called Transcend has rolled out some new RAM upgrades for the 2013 Mac Pro that can bring the total amount of memory in the machine to 128GB. RAM modules are available in 16GB and 32GB capacity. Apple puts four upgradable RAM slots inside the machine.

Transcend says that while the Mac Pro is advertised to support only 64GB of RAM, it has tested the machine to work with up to 128GB. The 16GB modules are DDR3-1866 units with the 32GB modules being DDR3-1333. Both RAM configurations are RDIMMS and are guaranteed 100% to work with the Mac Pro. Pricing is unannounced at this time.

"The new Mac Pro 2013 is advertised to support up to 64GB of memory, and we understand that pro users running applications that place high demands on RAM have a need to meet and most likely exceed this threshold,"? said Angus Wu, Director of Research and Development at Transcend. "For this reason, we have developed and fully tested higher density modules to give users the option of raising their Mac Pro system memory to the advertised 64GB right up to 128GB."