Peggle was one of those games that you could not just spend a few minutes playing. I remember many nights spent trying to top my high scores and making the pegs disappear with as little balls as possible. The game grew to be so popular that entire websites popped up with hints and guides on how to beat it with as few moves as possible. When Microsoft announced that Peggle was returning during its Xbox One launch event, I was one of millions who instantly became excited. 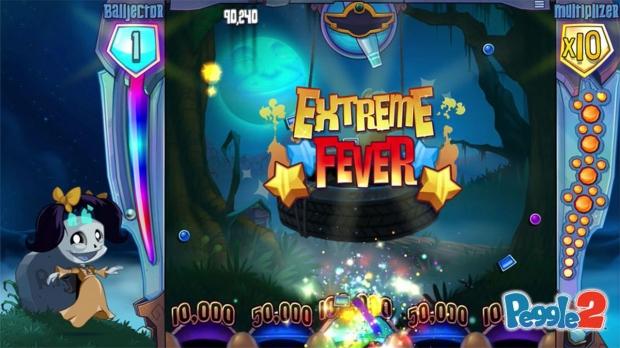 Today Electronic Arts announced that Peggle 2 would be headed to the Xbox 360 on May 7th of 2014. The game will include Peggle Masters as well as a Duel mode in which players can challenge their friends in a heads up dual to see who can clear their pegs first. "With all the excitement from our fans in December at launch we knew we wanted to continue growing the Peggle universe starting with more content and then expand onto the Xbox 360," said John Vechey, General Manager at PopCap Games. "By offering the addition of Duel Mode, our fans will be able to challenge their friends continuously to find out who is the ultimate 'Peggle Master'."