Ever wanted to know what's there in the menu of a restaurant you haven't been before? Google search engine will now show menus anytime you search for a restaurant in the United States. This announcement was made officially via Google+ post. 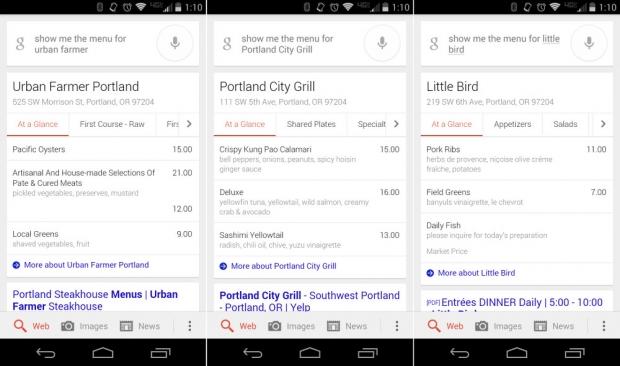 Google said,"Next time you're planning a brunch or a date night, check to make sure the menu has something to satisfy everyone in your group, without having to browse through several restaurants' websites". As of now, this feature is available in United States and wasn't clear if they will make this feature available in other countries. Some say that the move is made you try to compete with services such as Yelp.

But the search engine giant doesn't its own database of menus from a large amount of restaurants spread through United States, and therefore has to rely in data from a third party. Google didn't reveal any information, nor it provided any information of how many restaurant menus they have so far.