The leaks just don't stop from NSA whistleblower Edward Snowden, with Glenn Greenwald reporting on his latest leak that US spy agencies manipulate and control online behavior in more ways than one. 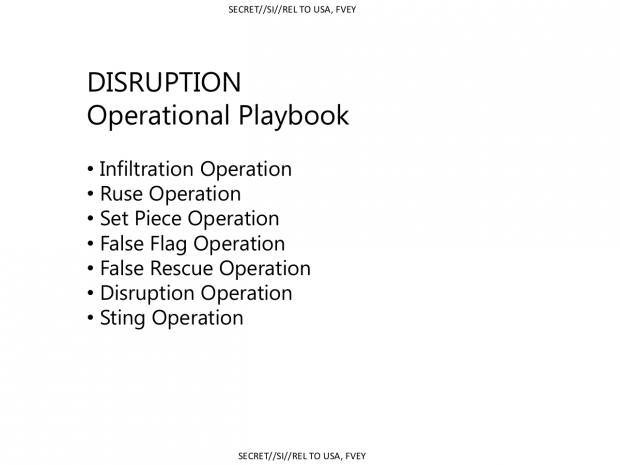 The NSA even goes as far as making something the GCHQ calls "Honey Traps", which leads to some very suspect behavior. This includes changing a targeted users photos on social networking sites, writing a blog purporting to be one of their victims, and then contacting their colleagues, neighbors, friends and so forth. These tactics are being used by GCHQ's previously unknown and secret JTRIG (Joint Threat Research Intelligence Group). 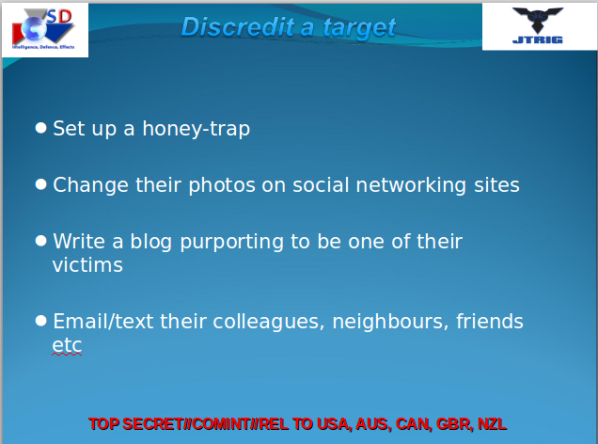 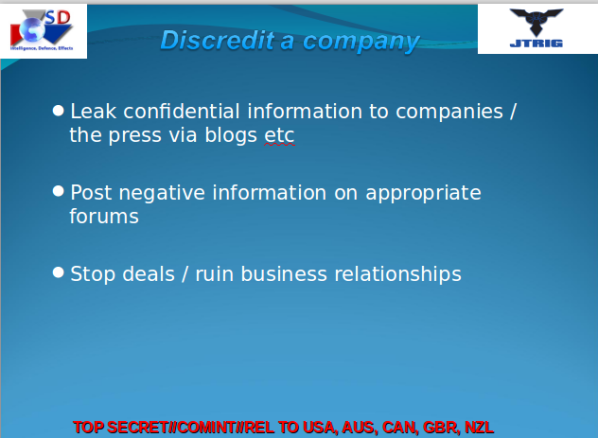 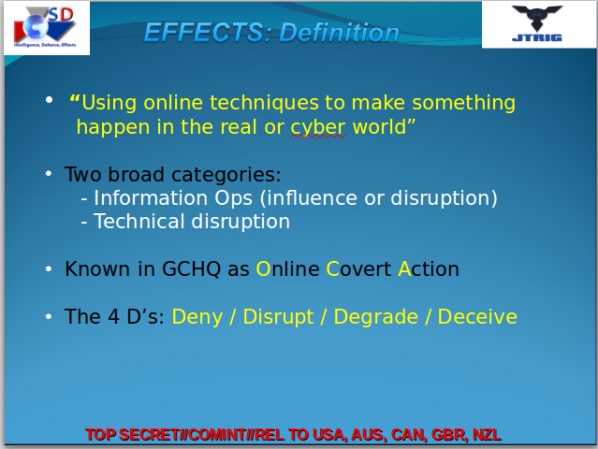 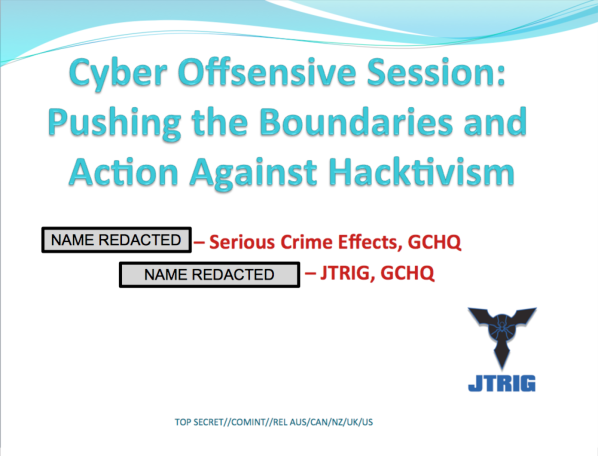 This is something that the spy agencies call "false flag operations", to purposely deceive and set individuals up for the fall. Not only do the spy agencies discredit a target, but companies can be targeted, too. The work they do will leak confidential information to companies or the press through blogs and other means, post negative information on various forums, which will sometimes stop deals or even ruin business relationships.

Where does this lead? To the effects page of these leaked documents, which state "using online techniques to make something happen in the real or cyber world". This is all coming online thanks to a leaked document from JTRIG called "The Art of Deception: Training for Online Covert Operations".

There's much more on it here, depending on how far you want to travel down the rabbit hole.