One of the things that bummed out some Xbox One gamers at launch was the fact that the Twitch live broadcasting service for games wasn't available. All the Xbox One gamer could do was record and upload videos. Gamers on the PS4 console were able to stream their live games. 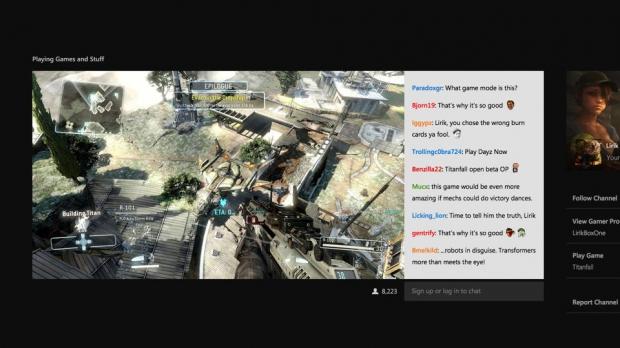 The good news is that Twitch live game streaming will be coming to the Xbox One game console next month. The feature will come along with an update to the console in March. The update will bring with it in addition to live streaming of games the ability to start game broadcasts using your voice, the ability to archive game clips, and the ability to watch Twitch streams broadcast from any device.

That means you can watch PS4 game streams on your Xbox One. Right now, the Xbox One user can only spectate on streams or record game clips using the Upload app. Players will also be able to broadcast from their living room using the Kinect camera. The update should land on March 11 along with Titanfall.

"It's complete integration," said Emmett Shear, co-founder and CEO of Twitch. "It's exciting because we've never had the ability to broadcast from a console like this with such a deep level of integration. The concept of being able to join a broadcasters' party is really cool, and it's another step in the direction of interacting more closely with broadcasters."