Dell recently announced availability of the PowerEdge R920 server that utilizes Intel's new XEON processor E7-4800 v2 and it is already making a name for itself. Dell claims it is their highest performing server and that it is built for the most intense enterprise workloads - ERP, large databases, HPC, etc. 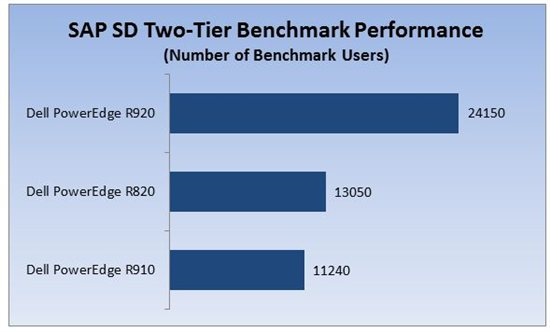 And from Intel's benchmark tracking site, they now hold several world records in the 4 socket category:

Digging into the specs it comes with 96 DIMM slots, up to 10 PCIe Gen3/Gen2 slots, up to 24 internal drives, 12Gbps SAS, and a high performance RAID controller. To see more, view this video of Dell engineers opening the server up for a closer look.