Microsoft's Office Web Apps was meant to take on Google's Drive / Docs services, unfortunately it seems like the masses never took hold of Office Web Apps the way we all adopted to using Google Drive. Microsoft seems to think that the issue lies within the service's branding, and this week made a major move to rebrand Office Web Apps to something that makes a little more sense. 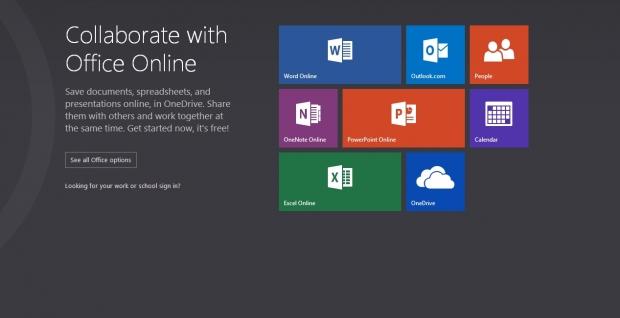 The service is now called Office Online, something many feel that it should have always been named. Microsoft says that the new name more closely reflects what the actual product is, and is free to use for OneDrive users. The rebrand also includes a new URL, Office.com, which should go a long way in introducing new users to the service. Office Online is made up of Word, Outlook, OneNote, PowerPoint,Excel and more, and even includes Google Drive-like co-editing features. Microsoft has also refreshed the service with a wealth of new templates, and given the UI a handy drop-down toolbar to make life easier.

You might remember that Microsoft also rebranded its SkyDrive cloud storage service to the new name of OneDrive earlier this week. The renaming stemmed from a lost trademark battle with British Sky Broadcasting last year. OneDrive and Office Online sync up together just like Google Drive and Google Docs do, and users are given 7GB of storage space for free upon signing up. Additional space can be purchased, and 500MB of free storage is given with each user referral.