Harman Kardon has been around for a long time and has a reputation for making speakers and other radio gear that sounds good and looks really cool too. Harman Kardon makes the cool Nova speakers that we talked about back in November. These speakers have a cool clear case and NFC tech crammed inside. 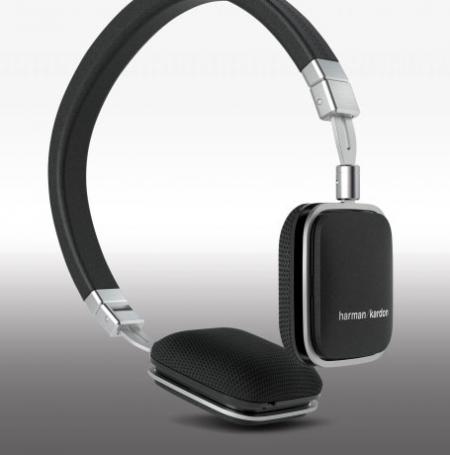 Harman Kardon is back with a couple new products being unveiled, including a set of attractive headphones called the Soho and a wireless loudspeaker called the Esquire. The Soho headphones are Android compatible and have an inline mic and remote. That means you can control your music without taking your smartphone out of your pocket or bag and make and receive phone calls.

The Soho headphones fold flat making them only 1.25-inches thick and easy to take on the go. They are available in white, black, and brown colors for £169.99. The Esquire wireless loudspeaker is aimed at people wanting to share their music with a large group.

The Esquire has controls on the top that allow you to control track and volume when needed. The speaker also has integrated NFC, Bluetooth, and a 3.5mm stereo input. The normal retail price for the Esquire is £229.99.