While several advances have been made in traffic light technology over the years, nothing has really been done to improve the visual warning motorist get from the systems. As it sits right now, most countries use the standard three-light system for their traffic signals. Red means stop, yellow means prepare to stop / caution, and green means go, but the lights are usually six-inches in diameter and do little to catch the attention of motorist who are not focused on the road. 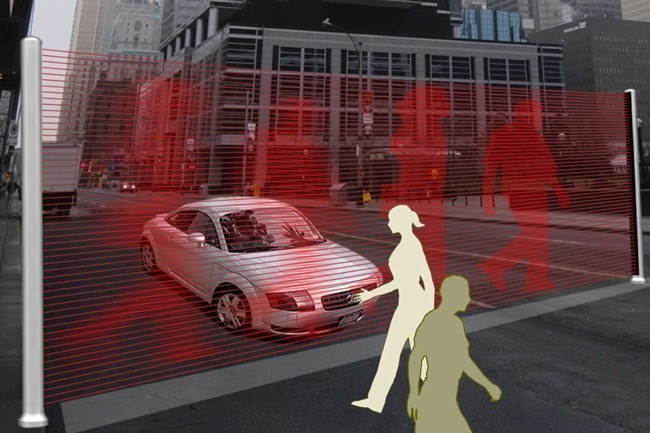 A concept drawing from artist, Hanyoung lee, is showing us a new way to think about how traffic lights of the future may look. Gone are the small, barely noticeable, three-light setups which have been replaced by a very modern, highly visible hologram system that is based on plasma laser beam technology. Hanyoung Lee's system uses an array of lasers to project a ten-foot tall virtual wall across the street with beams forming silhouettes of crossing pedestrians. 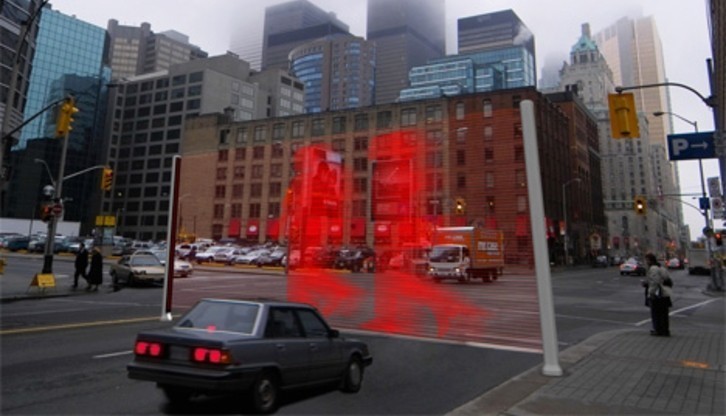 Hanyoung Lee says this his inspiration for this concept is based on the increasing pedestrian deaths that occur at pedestrian crosswalks every year in his home country of Korea. He says that traditional traffic lights are overshadowed by large electronic advertising signs, and the focus is lost at these intersections because the lights are less visible. His design would be impossible to miss due to its size, and wall-like appearance.