Companies are testing the potential of 3D printed food in what could evolve into one of the biggest 3D market segments moving forward. During the 2014 Consumer Electronics Show earlier this month, a number of different companies showed off 3D printing technology, including several food-based products. 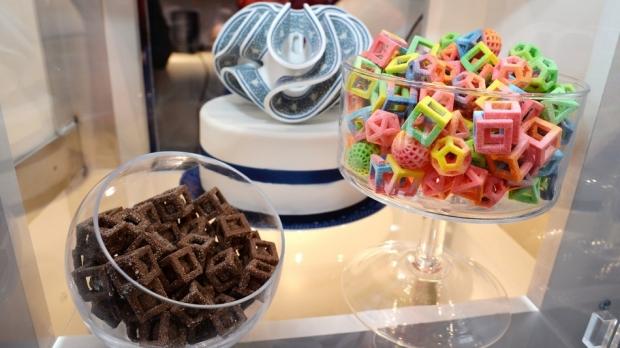 There are a number of different types of 3D-printed foods currently in various phases of development, and it will be an industry to watch in the future.

Chocolate maker Hershey's also teamed up with a 3D company to produce 3D printed chocolate, which will be a major draw for the company's gift shop. Cornell Creative Machines Lab has developed printers that can dough-based corn chips, while sugar candies also are available courtesy of 3D Systems' Chefjet.

NASA contractor Systems & Materials Research is working on a pizza printer that provides taste, nutrition, and less waste in the space shuttle and at the International Space Station (ISS).