Today is the Catholic Church's World Communications Day, and to celebrate the occasion, Pope Francis, has released a statement that gives us a clue on the church's official stance on the interwebs. The Pope said that the internet has lead to "unprecedented advances" in technology which has made it easier than ever before to communicate with one another. 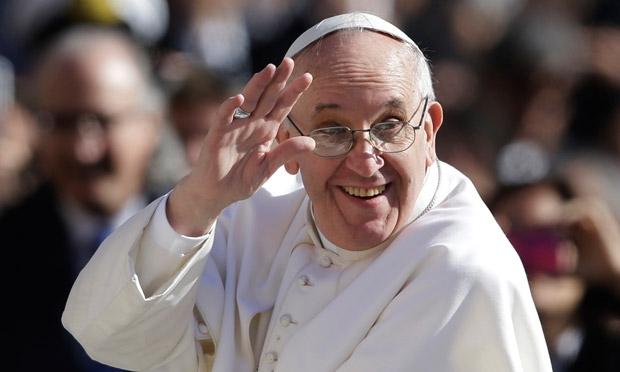 The Pope continued to praise the internet and wet as far as to announce that the web is truly a gift from God. Not all was praise however, as he did say that the internet's fad of social media isolates individuals from real interaction with their friends and family. He went on to say that the internet makes it easy for users to wall themselves within circles where their opinions are echoed back without any new ideas being injected, but he did concede that the Internet's benefits far outweigh its drawbacks.

"The internet, in particular, offers immense possibilities for encounter and solidarity," Francis said. "This is something truly good, a gift from God," said the pope. "The desire for digital connectivity can have the effect of isolating us from our neighbors, from those closest to us. We should not overlook the fact that those who for whatever reason lack access to social media run the risk of being left behind. While these drawbacks are real, they do not justify rejecting social media," he added. "Rather, they remind us that communication is ultimately a human rather than technological achievement."

For those interested, I have included a link below to the full statement made by the Pope. No matter which way your beliefs fall, the statement makes some good points, and I feel that the Pope is spot on with most of his statement. I am left wondering however about how Al Gore feels about the Vatican saying that the Internet is gift from God, since he believes that he created the web.